The Environics Institute survey found that two-thirds of non-Aboriginal Canadians had heard or read about the residential school system, compared to 51 per cent eight years ago.

But the same survey found 67 per cent agree (strongly or somewhat) that Aboriginal people “have a sense of entitlement about receiving support from government and taxpayers.”

“If you want reconciliation, you need to make space in your mind, your heart and spirit to get rid of the misconceptions you have about Indigenous Peoples,” he said. “The stereotype that Indigenous Peoples are dumb, stupid, lazy, drunk and on welfare — put that aside.”

The telephone survey of 2,001 non-Aboriginal adults from across the country conducted in January and February found 66 per cent are learning about Indigenous Peoples and their issues.

But 10 per cent of those who answered the survey said their impressions of Indigenous people had worsened in the past few years, and of those, 53 per cent said the reason for that was that Aboriginal people receive “special treatment” from government and receive services and benefits not available to other citizens.

And while a growing percentage of non-Aboriginal Canadians have heard about residential schools and the work of the Truth and Reconciliation Commission, less than five per cent could recall anything specific about its calls to action issued last year.

Bellegarde says the results highlight the need for non-Aboriginal Canadians to be educated about Indigenous people.

Attitudes improve in the East

While in the Yukon, Northwest Territories and Nunavut, non-Aboriginal people were three times more likely than people in other provinces to say their impression of Indigenous people has worsened in recent years. More than half those people with negative views said First Nations, Inuit and Métis people “get special treatment from government, profiting from services and benefits that are not available to other citizens.”

It’s that belief that has allowed the federal government to continue to discriminate against First Nations children on reserves, said Cindy Blackstock, executive director of the First Nations and Family Caring Society. 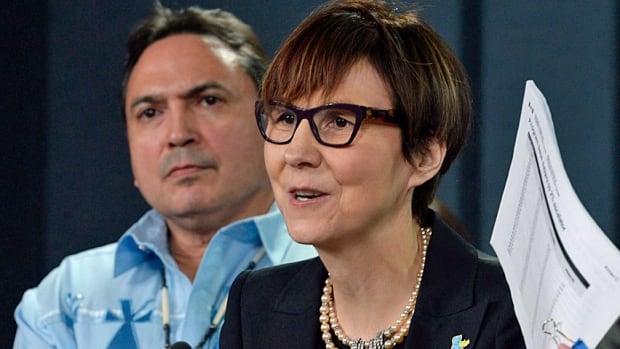 Earlier this year, because of a complaint her organization first launched in 2007, the Canadian Human Rights Tribunal ordered the federal government to provide on-reserve children with the same level of child welfare services that exist elsewhere.

Despite that order, Blackstock is still fighting with the government to make it happen.

“We have a group of children who the government of Canada says, ‘No, you’re worth less than every other child in the country.’ There’s no excuse for that and the only reason it’s been allowed to continue is because most Canadians are fed this line that First Nations get more,” she said.

“This is our Confederate flag.”

According to the survey, two-thirds of non-Aboriginal Canadians surveyed said they had heard or read something about the history of residential schools, a significant increase from a decade ago.

The awareness was highest in the Northwest Territories, where 97 per cent said they had heard about residential schools, and lowest in Quebec, at 49 per cent.

It was 84 per cent in Manitoba, and Winnipeg Mayor Brian Bowman said the city, once dubbed ‘Canada’s most racist,’ is working hard to increase it.

“This is really going to be … the ongoing task of our generation,” he said. “There’s a lot of work that we’ve done as a community and it’s increasingly being recognized on the national scale that we are doing our best to build bridges within our community.” 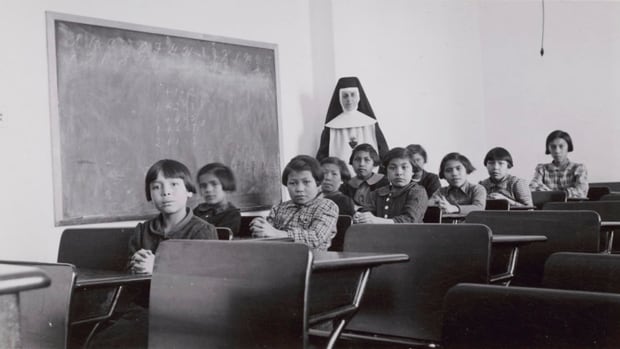 A group of students and a nun pose in a classroom at Cross Lake Indian Residential School in Cross Lake, Man., in February 1940. (Reuters/Library and Archives Canada)

Ry Moran, director of the Winnipeg’s National Centre for Truth and Reconciliation, said we have to get to the point where “100 per cent of Canadians understand the history, impact and legacy of residential schools.”

You cannot understand any element of the relationship between Indigenous and non-Indigenous Peoples without understanding that history,” Moran said.

Still, 79 per cent of people between the ages of 18-29 who were surveyed said that despite not knowing the full history of Indigenous people, they believe “meaningful reconciliation” is possible in their lifetime.

That’s a glimmer of hope for Cindy Blackstock.

“If we can raise a generation of non-Aboriginal children who are really aware of this from the day that they get into daycare, then they’ll be much better positioned to make informed relationships and respectful relationships with Indigenous Peoples later on,” she said.

Inside the Portage Indian Residential School