Gord Downie, the Tragically Hip frontman who united a diverse array of music lovers with his commanding stage presence and Canadiana-laced lyrics, has died.

Downie had an aggressive and incurable form of brain cancer called glioblastoma, which he discovered after a seizure in December 2015.

He died Tuesday night surrounded by his children and family, according to a statement on the band’s website.

“Gord knew this day was coming – his response was to spend this precious time as he always had – making music, making memories and expressing deep gratitude to his family and friends for a life well lived, often sealing it with a kiss… on the lips,” the statement said.

Canadians learned of Downie’s illness on May 24 last year — the same day the rest of the rock group, Paul Langlois, Rob Baker, Gord Sinclair and Johnny Fay, announced that the Kingston, Ont.-based band would head out on a final summer tour “for Gord, and for all of us.”

The final concert, in Kingston on Aug. 20, was broadcast by CBC. 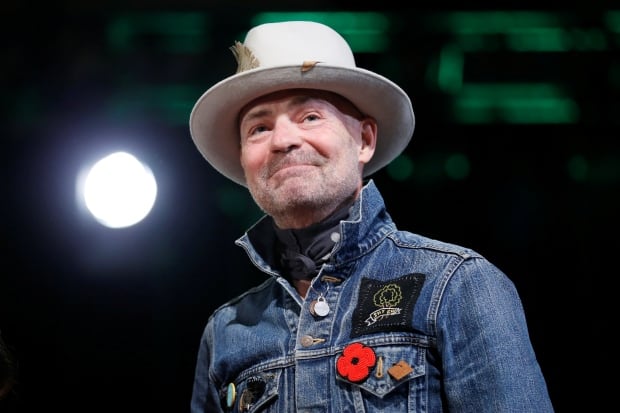 Downie spent his final months speaking out in support of Indigenous people, declaring: “Canada is not Canada. We are not the country we think we are.”

After his final appearances with the Tragically Hip, Downie released Secret Path, a multimedia project that tells the tragic tale of 12-year-old Chanie Wenjack, who died of exposure and hunger in 1966 after running away from the Cecilia Jeffrey Indian Residential School in Kenora, Ont. Meanwhile, the Gord Downie and Chanie Wenjack Fund was started to “start a new relationship with Indigenous Peoples.”

Downie, who won two Junos for the 10-song solo album, thought of the Secret Path music, concerts and film created with artist Jeff Lemire as his legacy project. Lemire created a graphic novel inspired by Downie’s songs, and its images were used to create the film.

Full statement from the Downie family:

Last night Gord quietly passed away with his beloved children and family close by.

Gord knew this day was coming – his response was to spend this precious time as he always had – making music, making memories and expressing deep gratitude to his family and friends for a life well lived, often sealing it with a kiss… on the lips.

Gord said he had lived many lives. As a musician, he lived “the life” for over 30 years, lucky to do most of it with his high school buddies. At home, he worked just as tirelessly at being a good father, son, brother, husband and friend. No one worked harder on every part of their life than Gord. No one.

We would like to thank all the kind folks at KGH and Sunnybrook, Gord’s bandmates, management team, friends and fans. Thank you for all the help and support over the past two years.

Thank you everyone for all the respect, admiration and love you have given Gord throughout the years – those tender offerings touched his heart and he takes them with him now as he walks among the stars.