‘I’m not a bad person:’ Recognizing impacts of childhood trauma in the justice system

Psychologist says childhood abuse and neglect ‘not only cost the individual, they cost society’

Michael Abel says childhood abuse fuelled his anger and rage in adulthood. He is now in a detox program and says ‘It’s very important I start speaking the truth and seeking help.’ (Curtis Mandeville/CBC)

Curtis Mandeville is a reporter for CBC North based in Yellowknife. He is from Fort Resolution, N.W.T.

Michael Abel recently got out of jail.

During our initial talk, Michael shifted from side to side. He appeared agitated and had an intense cold glare. I was unsure if he was getting ready to punch me in the face or if there was something that he really wanted to get off his chest.

For the past couple of nights he had slept in a stairwell beside his sister. He says they are both homeless and battling drug and alcohol addictions.

Michael told me he was ready to share his life’s story so that others could understand why he is the way he is and how his experience with childhood trauma shaped his life.

“I’m really f—ked up because of the way I was raised,” he says. “And I realize now I want to do things and address these problems and start telling my story.”

That understanding is also growing among professionals that he encounters day to day, from police officers and people in the courts to advocates that work with the homeless.

It’s something Lydia Bardak says needs more attention. Bardak has worked extensively with male offenders involved with the criminal justice system for more than a decade in Yellowknife.

She says while trying to develop a program to help men who use violence in their relationships eight years ago, she discovered a common theme among them. She asked a group of male offenders at the North Slave Correctional Complex if they witnessed any family violence in their youth.

“Each one of the 10 could vividly describe being seven or eight or nine years old and trying to protect their mother from some man, might be their father or some other man, beating their mother,” she says.

“They describe wiping her blood off the floor and the walls. They describe trying to look after her when she’s injured. And so they carry that trauma.”

Bardak says she recognizes how untreated trauma can lead to heavy substance abuse and eventual problems with the law.

“This is where when we hear in the courts: ‘your problem is alcohol.’ No, the problem is untreated trauma that they’re self medicating for,” she says. 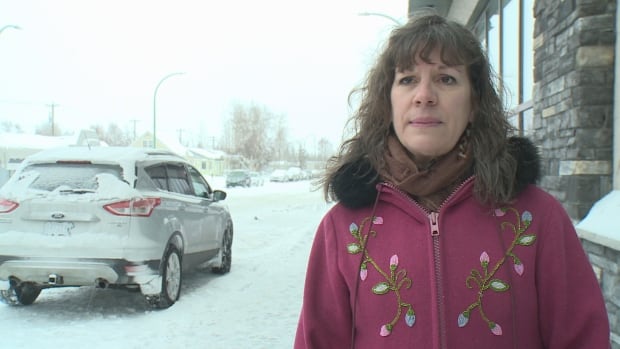 Lydia Bardak has worked extensively with male offenders involved with the criminal justice system for over a decade in Yellowknife. ‘We hear in the courts ‘your problem is alcohol.’ No, the problem is untreated trauma that they’re self medicating for,’ she says. (Curtis Mandeville/CBC)

‘I didn’t want to leave my family. I wanted to run away’

Trauma is something that Michael knows all too well. He says he was about four years old when he and his siblings were first apprehended by child protection services.

“There was lots of violence in my home,” he says.

He says he was physically abused, and neglected. He says his parents were alcoholics and would often drink for days. When he was taken to the receiving home in Yellowknife he says it was a relief in many ways. He got to eat and attend Sunday school which he says he enjoyed. But he says all he thought about was wanting to be with his mother.

After being removed from his home multiple times, he and his sister were sent to live at separate group homes 2,200 kilometres south in Regina.

“I didn’t want to leave my family. I wanted to run away. I was down at the receiving home and they took me and I fought them. I fought them. Even the RCMP,” he says.

Michael says living at the group home, which was intended to be a safer alternative, was no better than the life authorities were trying to save him from. He says staff and older kids at the boarding home physically and mentally abused him.

“It was hard because I had to fight… other kids, older ones, because I got picked on.”

‘I was just told I was bad’

When he was 10 years old, he says city police pulled a gun on him after he and two older friends were caught stealing a car. He says he was physically assaulted by a staff member at the group home following that incident.

He says the physical abuse reminded him of the abuse he endured at home and it fuelled his anger and rage.

“I was just told I was bad. And it just stayed in my heart and my mind.”

He says he started stealing, drinking, doing drugs, and fighting. He eventually ended up in jail when he was 17 years old. He says he now has more than 100 convictions but lost track of how many times he has gone to jail. He says he sometimes has the urge to fight, and has randomly attacked friends and family, because of the pent-up anger he has carried for so long.

“They say that I’m unpredictable. My caseworker, guards, workers, friends. Even me. I started believing it,” he says. 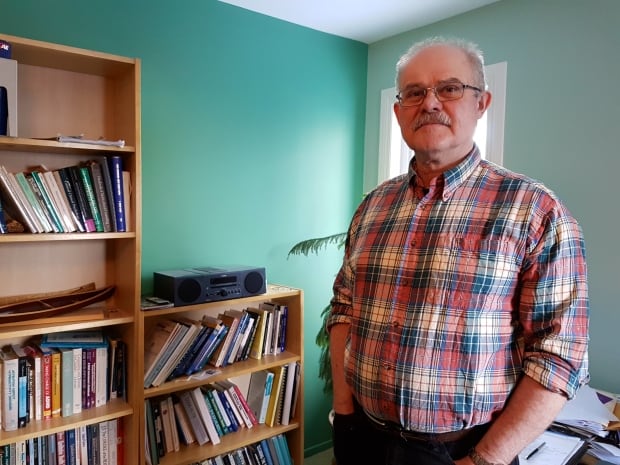 Psychologist Bruce Smith says childhood trauma has huge impacts, not only on individuals but on society as a whole. (Curtis Mandeville/CBC)

According to the latest study from the Canadian Centre for Justice Statistics based on 2014 data, one third of Canadians aged 15 and older (33 per cent) reported that before age 15 they had been physically and sexually abused by an adult and/or they witnessed a caregiver being violent.

Ninety per cent of childhood physical and or sexual abuse victims did not report it before they turned 15. And 67 per cent did not tell anyone.

Yellowknife psychologist Bruce Smith says “exposure to childhood neglect, childhood abuse has huge impacts on how the individuals relate to the world and engage with the world that not only cost the individual, they cost society.”

Smith says trauma leaves a person feeling overwhelmed by a perceived threat to life or survival. He says the brain responds to the threat by pumping the body with hormones to help them react.

“If it’s persistent over long periods of time, there are changes in the brain that result in the brain focusing on survival rather than learning and growing… sometimes known as survival brain.”

Smith says when a person is in “survival mode,” it interferes with his or her ability to learn, to develop relationships and empathize with others, and regulate emotions. He says individuals will have the tendency to automatically react to a situation without knowing why they are reacting as strongly as they are. He says people in this aroused state can become hypervigilant — constantly on guard.

He characterizes it as an internal agitation, and one of the ways people cope is by drinking alcohol which calms them down initially. But he says using alcohol is obviously not an effective way to deal with it.

Smith says “childhood trauma is challenging and difficult to deal with because it is a lifelong experience that people live with.” He says it is important that the education and family support systems offer services to families and children that pays attention to their mental health and well-being early on before serious problems develop.

He says although there are some services for children and families, typically resources are focused on adult mental health services.

“In some ways that [is] sad because had those resources been focused on services for children or families, in terms of childhood trauma, at a much earlier stage it’s possible that we wouldn’t have the same cost to individuals in society when they reach adulthood.”

For adults, he says counselling and therapy are essential to help them re-learn that the world is not a dangerous place and they do not have to be on guard all the time and that it is possible to change. 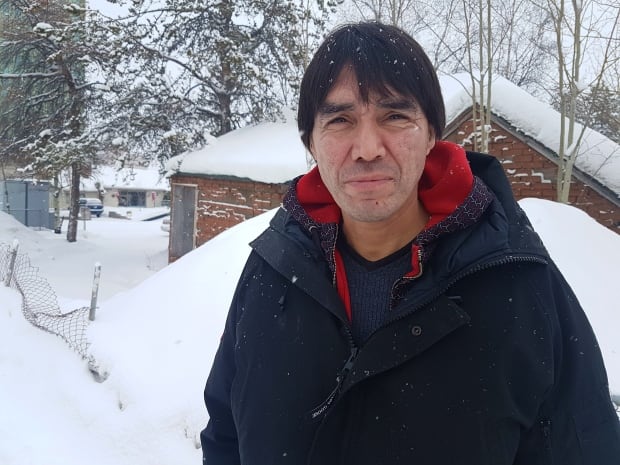 Michael says he is now trying to cope with his troubled past.

“When I started fighting my family. My cousins. I said: ‘What am I doing? I’m hurting myself. I’m fighting people who I love,'” he says.

He says he does not blame his family for the hurt they may have caused. He says his mother attended residential schools and knows the hardships that she must have endured there. He says it is a painful legacy that must not be ignored.

He says many Indigenous people can relate to his story so he hopes they can and others as well can learn from it.

“I care about people. I care about my family… I know I’m not a bad person. But it was the way I was brought up. It wasn’t my choosing. But this is what I was born into.”

Michael is currently in a detox program for the next couple of weeks. He says it is the first step on a lifelong journey towards healing. He plans on getting into a treatment program after he gets out of detox.

‘I’m not a bad person:’ Recognizing impacts of childhood trauma in the justice system