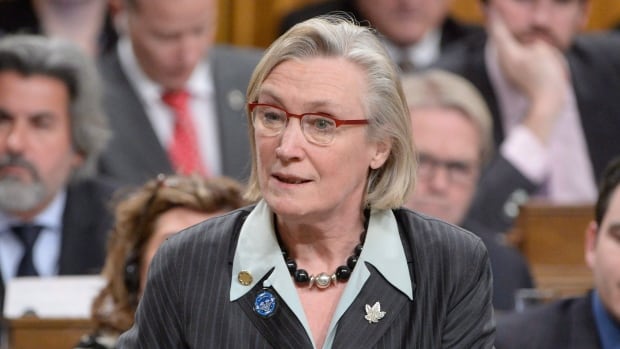 Minister of Indigenous and Northern Affairs Carolyn Bennett answers a question during Question Period in the House of Commons on Parliament Hill in Ottawa, on Wedneday, Feb.3, 2016. Bennett promised to look into the cases of about 1,000 residential school students disqualified for compensation after coming under fire from NDP MP Charlie Angus. (THE CANADIAN PRESS/Adrian Wyld)

Indigenous Affairs Minister Carolyn Bennett says her department will look into the cases of about 1,000 residential school students who have been disqualified for compensation by a technicality.

The minister made the commitment Wednesday in the House of Commons after the federal Liberal government came under fire during question period.

“We have learned that 1,000 victims of sexual and physical abuse from the residential schools had their cases thrown out on a flimsy legal technicality, which is that children who were abused in institutions run by the government are not, somehow, eligible for compensation by the government,” NDP indigenous affairs critic Charlie Angus said in question period.

“This travesty was conjured up in the Department of Justice.”

The issue centres on an administrative split created when the federal government took over the operation of some residential schools and left other institutions in the control of religious leaders.

It is estimated about 1,000 students who attended the federally operated institutions were found ineligible for compensation because of the split.

Bennett said she will have officials review the issue.

“I have asked my department to look into this, and we are going to look into it in a very serious manner right now,” she told the Commons.

“It does give the impression to Canadians that this dark chapter is over,” he said.

“If those positive words are not matched by a change in the operating culture of government, then the survivors are continuing to be denied their basic right to restitution for the horrific crimes they endured.”

The government does not need to study the administrative split, Angus added.

“They need to say for those people who were denied justice that they will get justice,” he said.

“That’s how you make things right. That’s how we move on and that’s how Canadians know that this chapter is closed.”

Residential schools operated in Canada from the 1870s until 1996.