Brother Frederick Leach was given the Order of Canada in 1976. Two former students of a Catholic day school in Manitoba allege he is one of two men who abused them as children. (La Société historique de Saint-Boniface)

Laura Glowacki is a journalist based in Winnipeg. Reach her at laura.glowacki@cbc.ca.

In a case with striking similarities to testimony made by residential school survivors, two Indigenous adult women say they were repeatedly sexually abused by clergy at a Catholic day school in Manitoba they were forced to attend as children.

And now they’ve launched a lawsuit against the Archdiocese of St. Boniface, as well as the two now-deceased men they say were responsible, the province and other defendants.

‘They thought they would be damned if they made a complaint.’– Israel Ludwig, lawyer for the plaintiffs

Both women — one now 67 and status Indian, the other a 63-year-old Mé​tis woman — attended the same elementary school in Bloodvein, Man., about 200 kilometres north of Winnipeg, from about 1956 until the mid-1960s.

The complainants say the same two men fondled and raped them as children beginning when they were seven and six, respectively.

“One of them was a priest. He held certain powers over them,” said the plaintiffs’ lawyer, Israel Ludwig. “They thought they would be damned if they made a complaint.”

The women’s statement of claim names the Archdiocese of St. Boniface, the Oblates of Mary Immaculate of Manitoba, the Province of Manitoba, the Attorney General of Canada and the two alleged perpetrators, Father Célien Gauthier and Brother Frederick Leach.

CBC News is not identifying the women because they claim to be victims of child abuse. None of their allegations have been proven in court, and a statement of defence has yet to be filed. 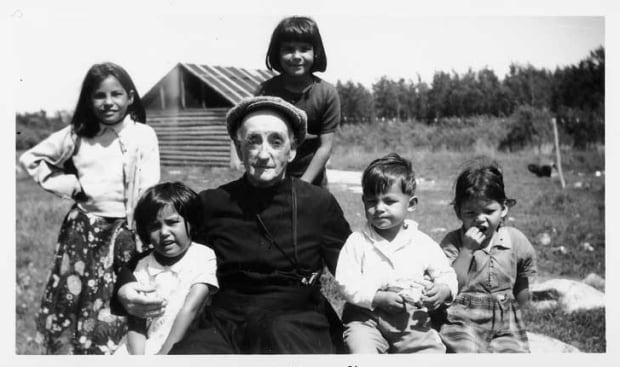 “The archdiocese takes the matters raised in the statement of claim very seriously and wishes to express our deep concern for all those involved,” said a written statement from the Archdiocese of St. Boniface, which covers a large area of southern and eastern Manitoba that includes Bloodvein.

“The archdiocese immediately commenced an investigation of the matter and does not believe that it had any involvement with the St. Mary-Margaret Day School located in Bloodvein or with the individuals named in the statement of claim.”

St. Mary-Margaret was one of the names of the school, which was founded in 1920. It was also known as Bloodvein River School and St. Mary’s School.

Ludwig argues Gauthier, a priest, was supervised by the archdiocese.

According to the Saint-Boniface historical society, Leach — who received the Order of Canada in 1976 — was a police officer and magistrate in Berens River, Man., in addition to working at the school.

CBC News has also contacted the Oblates of Mary Immaculate of Manitoba for comment.

The plaintiffs say the province, along with church officials, failed in their responsibility to protect student safety.

A spokesperson for the province declined to comment on the “ongoing matter,” saying only that the province has been served with a statement of claim “which we will review to determine our position.”

The women in the case allege they were fondled and seriously sexually assaulted multiple times each week. In some cases they say they were abused in Gauthier’s office and home, other times in the classroom.

Their lawyer believes the two men named in the case were predators.

“I wouldn’t be surprised to find out there were others that suffered, as well,” said Ludwig.

He said as part of the class-action suit, he is looking for other possible Indigenous victims who are either status or non-status who attended the school from 1940 to 1980.

Possibility of a province-wide class action

The Bloodvein school was one of more than 20 known day schools where abuse took place, Ludwig said. He has already brought forward a handful of other similar cases, all of which are still before the court.

So far, most of the allegations have to do with physical abuse that went beyond the standards of the day, he said. 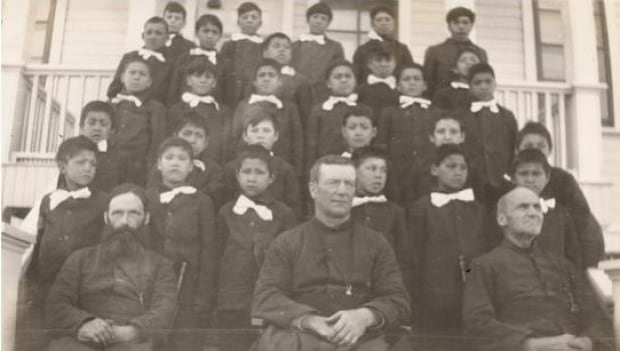 Although their experiences may be similar to those who suffered abuse in residential schools, survivors of abuse at day schools — which students were compelled to attend, but from which they returned home at night — are not able to benefit from the Residential School Settlement Agreement.

Ludwig, one of the first lawyers to represent residential school survivors, hopes to launch a province-wide class-action suit one day representing all victims of day schools.

Both women in the Bloodvein case say they have suffered their entire lives because of the abuse they experienced as children. They say the effects include alcohol addiction, anxiety, anger, trust issues, sexual dysfunction and nightmares.

They said as a result of the abuse they endured, they were robbed of a healthy childhood and have struggled to earn incomes, have needed psychological and psychiatric treatment and have experienced alienation from their spouses and children.