Indigenous workshop explores how to separate past from loving future

SERC Manitoba helps deconstruct forced identities, including those from residential schools, from sexuality 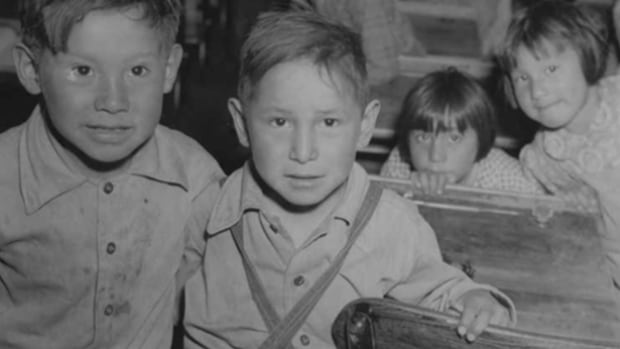 A seminar in Winnipeg on Friday focused on decolonizing spirituality and sexuality as modern indigenous people. It was put on as part of sexual reproductive health awareness week in Canada. There, participants looked at things like the Indian Act and the residential school system to see how identities were forced onto indigenous people. (United Church of Canada Archives)

Openness about sex can be a good thing, but sexuality can be about more than just the acts — it’s about your identity as a sexual and spiritual person.

As a sexual health facilitator at the Sexual Education Resource Centre (SERC) Manitoba, Gervais said they teach sexuality as a concept that encompasses everything a person is. But as an indigenous woman, she recognizes this concept of sexuality ignores one key thing.

“One thing our elders taught us again and again is that we are first and foremost spiritual beings,” she said.

“I personally really grapple with that … teaching about sexuality and how it’s about everything that you are, and then leaving out something that’s a very key and important piece of who we are – spirituality.”

On Friday, Gervais held a seminar as a part of sexual reproductive health awareness week in Canada. The seminar focused on decolonizing spirituality and sexuality as modern indigenous people.

This means taking a look at things like the Indian Act and the residential school system to see how identities were forced onto indigenous people. One example is of genders.

“There’s a lot of great work being done by the two-spirited community, particularly in Winnipeg and in Manitoba,” she said. “When it comes to the issue of identity and gender, we have multiple genders. and there’s different nations across North America that say there could be three, four, five different genders. If that’s the way society’s policies are structured … and you don’t fit into either of those, the way those boxes are constructed, then yah there’s confusion.”

And that confusion can have some devastating consequences.

“A lot of violence — suicide, depression. A large part of what we look at and spend time on is sexual exploitation,”she said.

“And what makes people vulnerable to having that level of violence and abuse to themselves. And a lot of that, too, is confusion or the incredible stigma or a lack of acceptance of another gender beyond man and woman — people who go beyond those boxes.”

The commercialization of Valentine’s Day might not ring true for everyone, but the message does.

“We have teachings within our own culture — Anicinabe, Dakota and all that — on what is love and those teachings go back. It’s a great time to reflect.”

Indigenous workshop explores how to separate past from loving future