Group expected to arrive in Edmonton on Thursday 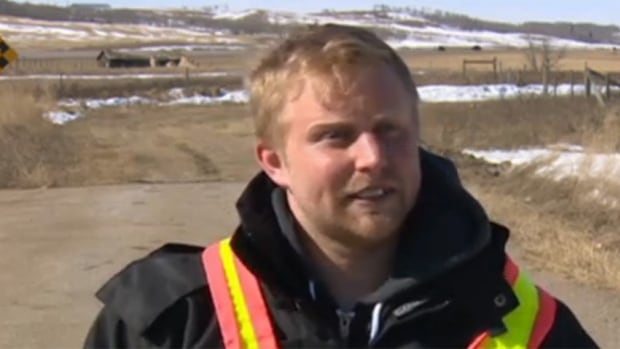 Brad Langendoen is one of a small group of non-aboriginals who are walking to Edmonton to honour residential school survivors. (CBC)

A small group of non-aboriginals from Winnipeg is due to arrive in Edmonton on Thursday, the final stop in a 500-kilometre walk to honour residential school survivors.

Heinrichs, who has two adopted aboriginal daughters, says the girls aren’t with their parents because of “that whole breakdown of families that happened through residential schools and the broader systems that worked against indigenous people in Canada.”

The group’s 500-kilometre journey, which began March 8 in western Saskatchewan, will end Thursday in Edmonton at the Truth and Reconciliation hearings where they’ll hear about the effects of Canada’s residential schools.

Ann Heinrichs, who has adopted two aboriginal girls, says they would still be with their parents if not for the residential school system. (CBC)

About 150,000 First Nation, Inuit and Métis children were removed from their communities and forced to attend the schools between 1931 and 1996. Students endured substandard living conditions, emotional, physical and sexual abuse.

Laurens Thiessen van Esch, who moved to Manitoba recently from the Netherlands, says the walk has given him a different perspective of Canadian history.

“Canada has a beautiful image outside,” he said.”Residential schools and and other aspects of colonization of what it did to indigenous people is entirely unknown. I think if you’re a nation that has peace and prosperity then you should come to terms with your history.”

Brad Langendoen said the ripple effect of residential schools continues even though their doors have closed.

He said he’s heard plenty of heartbreaking stories from school survivors on this walk and expects to hear more.

“I’m just sort of taking those first steps on a journey,” he said. “Even as we conclude in Edmonton I have a sense that this is just beginning of my own journey of learning.”