Grandmother was taken from her home, punished for speaking her own language

An image from the cover of I Am Not a Number shows a First Nations girl having her hair cut by a nun at a residential school. Co-authored by Jenny Kay Dupuis, the book is based on her grandmother’s experience at an Ontario residential school in the 1920s. (Second Story Press)

On the cover of Jenny Kay Dupuis’s book I Am Not a Number a First Nations girl holds back tears as a pair of white hands, scissors at the ready, prepares to cut away her long black hair.

The girl who inspired the book is Dupuis’s grandmother Irene, who was sent away to a residential school in Northern Ontario in 1928, along with two brothers. Upon arrival, nuns at the school cut short Irene’s hair. It was the first of many indignities she would suffer there. 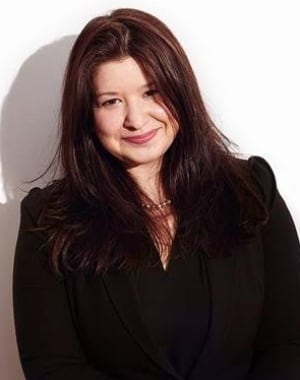 Although it’s geared for readers as young as seven, co-writer Jenny Kay Dupuis said she wanted her book I Am Not A Number to be a no-holds-barred look at the residential school experience. (Jenny Kay Dupuis)

“This meant much more to me than a haircut,” Dupuis writes, retelling the story in her grandmother’s voice. “Back home, long hair was a source of pride. We cut it when we lost a loved one. Now it felt as if part of me was dying with every strand that fell.”

At the time, government-sponsored religious schools, designed to assimilate First Nations children into European culture, were in operation across Canada. Students, including young children, were separated from their families, often subjected to horrific abuse, and prevented from speaking their own languages.

Dupuis co-wrote the book to keep alive the memories of her grandmother’s struggle and the anguish of other residential school survivors. But unlike other books on the topic, I Am Not a Number is an illustrated children’s book, geared for readers as young as seven.

In one scene in the book, children are burned with a pan of hot coals for speaking their language, Ojibwa. Students at the school were told they were dirty, and had to wash the brown off their skin. In another scene, Dupuis tells how her great-grandfather hid his children in his taxidermy shop when a government agent came to take them back to school after summer.

Not easy material for a kids’ book but in an interview on CBC Radio’sMetro Morning, Dupuis said she felt compelled to lay bare her grandmother’s story, in all its uncomfortable detail.

Her appearance on Metro Morning comes on Orange Shirt Day, when students across Canada wear orange shirts to remember the children forced into government-run residential schools.

Orange Shirt Day was inspired by Phyllis Jack Webstad, a Stswecem’c Xgat’tem First Nation elder in Williams Lake, B.C. In 1973, at age six, Webstad attended a residential school. She was given a bright orange shirt by her grandmother, a special gift for her first day of school. But the shirt was taken from her by school staff on the day she arrived. When Webstad told her story three years ago, Orange Shirt Day began.

Dupuis is hoping her book will “spark deep and meaningful conversations” with students about topics like oppression, loss of identity and assimilation.

“It was a piece of history that was missing from the school curriculum. It was time.”