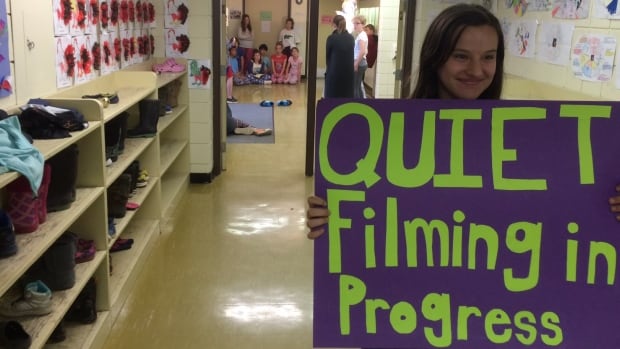 Students at Saskatoon’s St. Augustine School have made a film focusing on residential schools in Canada. (Photo courtesy Chris Weiman)

Eric Anderson is a radio current affairs associate producer for CBC Saskatchewan. After spending six years in the CBC Regina newsroom, Anderson is now based in Saskatoon.

“We took a swing at the moon on this one.”

Instead of a play, his students produced a 42-minute film called The Caretaker’s Story based on the residential school experience.

Emily Reynolds is in Mr. Weiman’s class and directed the film.

“I learned so much, and all the stories are absolutely heartbreaking. They made me so sad, but it’s also good to learn about them. To know that they did happen and just learn to reconcile and understand.” 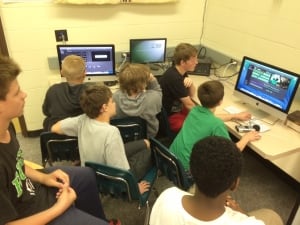 Kobe Hryhor served as the film’s editor. He and his classmates spent a lot of time researching residential schools on the Truth and Reconciliation website.

“We found one particular story about a doctor from a long time ago who basically we based our movie off of. He had a journal and was trying to get the word out and he got arrested for it. Eventually, they found it and published it, and that’s what we went off of.” 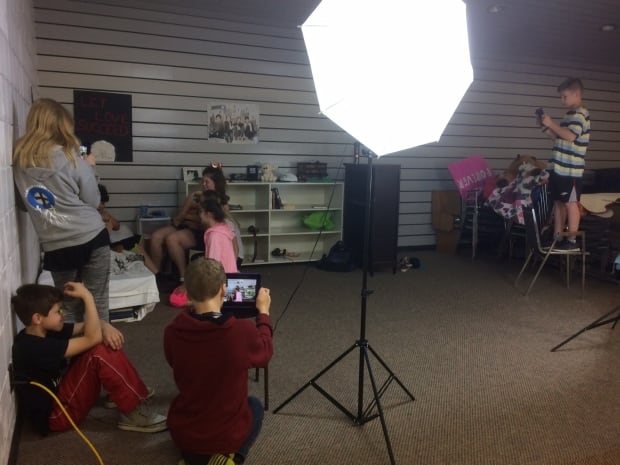 Students were able to use the school’s cameras and studio lights during production. (Photo courtesy Chris Weiman)

Usually in Weiman’s class, students will perform a play. But this year, both Weiman and the students wanted to do something bigger. Something involving cameras, microphones and studio lights.

Weiman admitted the workload was greater, but making a movie allowed the students to tap into some of the school’s resources.

“Our school is working towards becoming a leader in technology inside the classroom. So we fortunately have things like green screens, many iPads, studio lighting, things like that,” said Wieman.

The students premiered their film on Monday before a packed crowd in the school’s gym and had a special guest in attendance.

Eugene Arcand, a residential school survivor and member of the Truth and Reconciliation Commission of Canada’s Indian Residential School Survivor Committee, watched the film and then stayed for nearly an hour after it finished to speak with students.

“I have so much respect for him,” said Reynolds. “It was just incredible and such an honour to actually meet him and get to talk to him.”

Hryhor also appreciated the chance to speak with a residential school survivor.

“I just thought it was really cool. Someone like that, where they are, and they just came and took time out of their day just to come and see our little movie that started off as nothing but broke out and became something much bigger.”

Overall, the experience of making this movie has left Weiman with a great sense of pride and accomplishment.

“In all honestly, and I’ve told these guys a number of times, I was extraordinarily nervous coming into our premiere yesterday. Just to see how it would be received. We desperately wanted to do it justice and do it right.”