Sarah Jerome gave presentation to Canadian students at the university 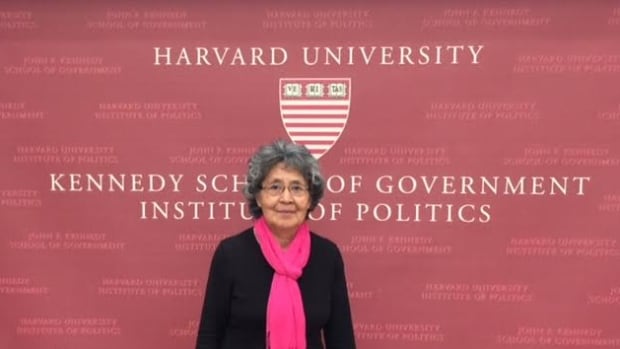 A former N.W.T. languages commissioner says students at Harvard University were shocked and overwhelmed to learn the history of Canada’s residential schools.

Sarah Jerome recently spent a week at the prestigious Cambridge, Mass., university and gave a presentation on the residential school system to a group of Canadian students.

“We just wanted them to know, become aware of what had happened to the Indigenous nation across Canada,” Jerome says.

In all, she presented to 16 students, two of whom were part Indigenous.

“They all told us that they had never ever heard about the history of Indigenous people being taken away to residential school,” Jerome says.

“It was a real eye opener for them. I think it was just shocking and overwhelming for them.”

She says she was “not one bit surprised” that the students weren’t aware of that chapter in Canada’s history, in which thousands of First Nation, Inuit and Métis children were forced from their homes to attend the church-run schools. Many experienced physical and sexual abuse.

Jerome was a cultural support worker for former residential school students, and since 2004 has given presentations on the subject to many teachers in Inuvik and Yellowknife who also didn’t know the history.

“Canadians still don’t know what happened to the Indigenous population when they were taken away to residential school,” Jerome said.

“I felt that mainstream Canadians need to know what happened to us.”

‘It was just amazing’ 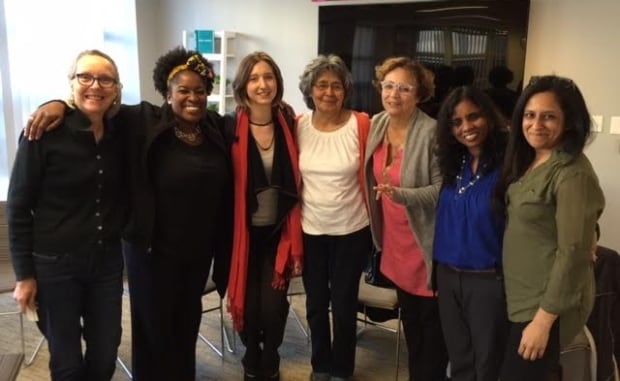 Sarah Jerome, centre, at a meeting at Harvard University. (submitted by Patrick Tomlinson)

Jerome says it was a busy week. She also took in meetings focused on women entrepreneurs and women in leadership.

Her presentation to the Canadian students was a highlight — “just amazing,” she says.

But the true highlight was being at the university itself.

“I’ve always heard about Harvard… I had always wanted to go. So I guess it’s just another checklist on my bucket list,” Jerome laughs. “That I can say that I [went] to Harvard for one week.”