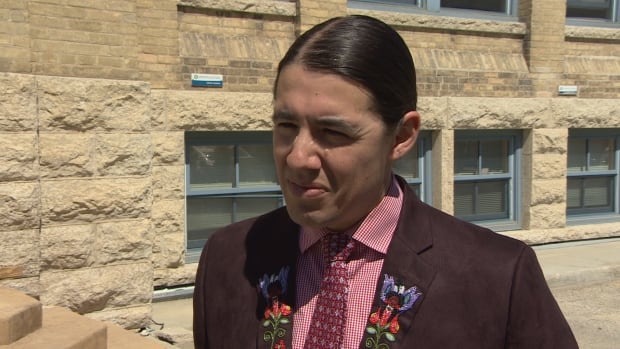 Robert-Falcon Ouellette said the bill is being introduced in an effort to unite Canadians and create understanding for Canada’s Indigenous communities’ pasts. (CBC)

Federal member of Parliament Robert-Falcon Ouellette is expected to introduce his first private member’s bill to Parliament next week.

On Saturday, Ouellette held a ceremony in Winnipeg to bless the bill, which is for a national Indian Residential School Reconciliation Memorial Day. It is being created in hopes of uniting Canadians.

One of the recommendations of the Truth and Reconciliation Commission report, the bill was researched and drafted by Maeengan Linklater, who is from Ontario’s Lac Seul First Nation, but now lives in Winnipeg.

“We became a displaced people, disposed of our lands,” Linklater said of Canada’s Indigenous communities. 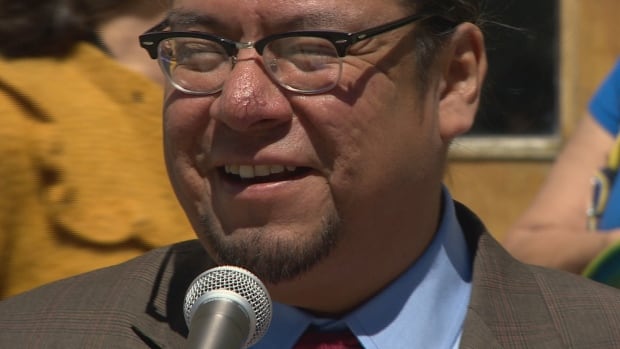 Maeengan Linklater at the ceremony on Saturday.

“We were persecuted for having a different language, religion and way of looking at the world.”

To open the ceremony, a group of traditional drummers and singers performed a song to welcome their ancestors and a small smudging ceremony was held for the bill. 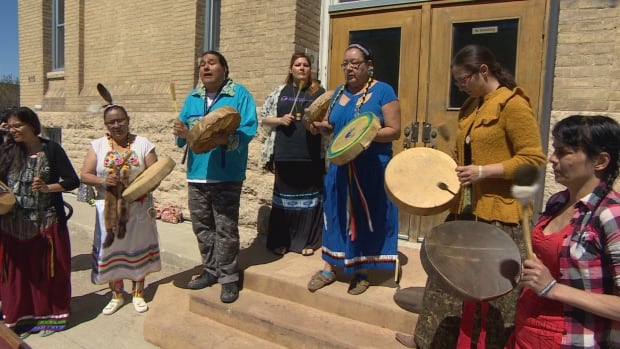 Drummers and singers opened the ceremony with a traditional song. (CBC)

While speaking before a crowd of about 50 people including elders; children, residential school survivors and staff from the Canadian Centre for Child Protection, Ouellette said the bill is also a way to educate Canadians on the history of the country’s Indigenous peoples.

“Many Canadians … do not know what happened in residential schools,” he said.

“It’s important … to understand because it givers people an understanding of how the government treated Indigenous people.”

The bill proposes the national memorial day take place annually on June 2 — the date of the release of the final report of the Truth and Reconciliation Commission, but that detail and others are still up for public consultation.

Exclusive: 'A story of hope' by Melissa Cook-Crate