A prominent Canadian lawyer, husband to a Liberal senator, moved nearly $2 million to secretive financial havens while he was locked in battle with the Canada Revenue Agency over his taxes, according to documents in a massive leak of offshore financial data that were shared exclusively in Canada with CBC News.

Tony Merchant of Regina, dubbed Canada’s class-action king because of the large settlements he has won for his clients, transferred money to a tax haven in the South Pacific and then onward to an account in the Caribbean, according to the files. His wife, Senator Pana Merchant, as well as their three sons are named in the documents as beneficiaries of the funds.

CBC News and media outlets in 35 other countries are starting to report on those transactions and others as part of a huge leak of offshore financial information received by the Washington, D.C.-based International Consortium of Investigative Journalists. It is thought to be one of the biggest-ever leaks of financial data. 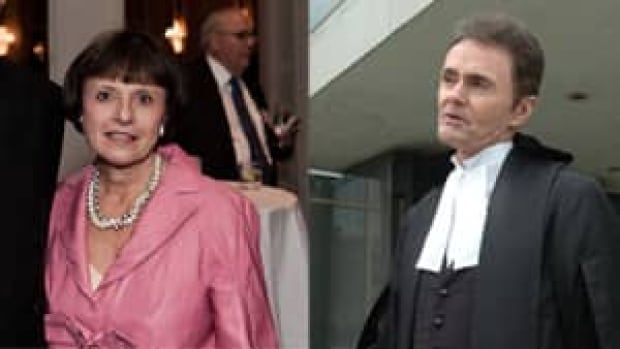 Senator Pana Merchant, left, was named as a beneficiary of a trust set up by her husband, lawyer Tony Merchant.

The leaked files shed light on secret accounts linked to more than 130,000 residents of everywhere from Argentina and Australia to Japan and the United States, as well as 450 Canadians. Laid bare are details on the anonymous shell companies many of them set up, how they moved millions of dollars out of the eye of the taxman and, in several cases, the lengths to which they went to safeguard their secrecy.

Among the most prominent Canadian names in the records are those of the Merchants.

Tony Merchant didn’t reply to several requests from CBC News to discuss the matter. But the files show he set up a legal entity known as a trust in 1998 in the Cook Islands, a self-governing New Zealand territory in the South Pacific that’s a popular place to move money because of its strict financial-secrecy laws. He put at least $1.7 million into the trust.

Merchant then had the trust open an account in Bermuda at a brokerage called Lines Overseas Management and used it to buy mutual funds, including some in Luxembourg.

If you have more information on this story, or other investigative tips to pass on, please email investigations@cbc.ca

All along, the documents show, the high-profile Prairie lawyer sought to keep the investments secret.

“Keep correspondence to a minimum,” reads a note placed on his Cook Islands account that warned only to communicate with Merchant by airmail. “Do not fax to client. He will have a stroke.”

Another note discusses Merchant’s reaction when told his holdings in Luxembourg would require him to either cough up his identity to officials there, or have all transactions on the mutual funds frozen.

“Received a letter from Mr. Merchant requesting that we do not disclose now or in the future any information to the authorities in Luxembourg, or anywhere,” the note on the account reads. “And the [mutual funds] will just remain on a freeze for the foreseeable future.”

Even the modest annual fees for his offshore accounts would have been impossible to trace back to Merchant: He often paid those expenses by sending cash in the mail from Canada to the South Pacific, prompting a caution from the account administrators.

“We strongly advise, however, that all future payments be made either by cheque or by telegraphic transfer, as we cannot vouch for the security of cash sent through the post,” a lawyer wrote to him in 2002.

Merchant didn’t heed the warning, though. Documents show he mailed cash and traveller’s cheques in ensuing years to pay the roughly $2,000 in annual charges. 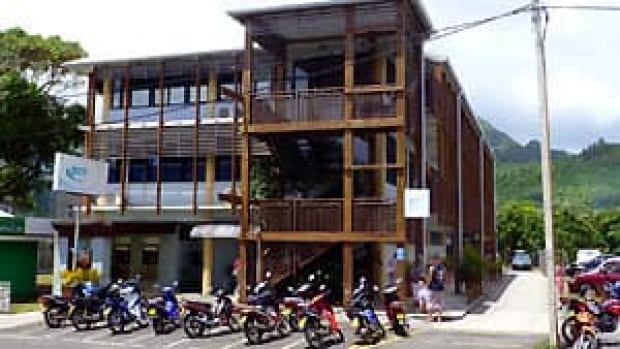 The Merchant trust was administered in this building in the capital of the Cook Islands. (CBC)

“The less innocent explanation is that this particular individual did not want to have any record maintained at all of this payment,” said professor and lawyer Art Cockfield, an expert on international tax at Queen’s University in Kingston, Ont., to whom CBC showed the documents.

“There may be an innocent explanation for all this. But boy, in my mind that does raise some serious red flags.”

“If you want to move money around the world without onshore regulators or officials understanding that you’re behind the wire transfer, you set up a bank, you set up an account at Lines Overseas Management — they use very strict standards of confidentiality,” said lawyer Martin Kenney, a specialist in tracing international assets who runs a firm in another offshore haven, the British Virgin Islands.

“This would be an excellent way to do it without Revenue Canada, or anyone in Canada, being able to discern who is this unidentified beneficiary,” added Kenney, who was shown the files but without revealing Merchant’s identity.

Merchant is one of Canada’s most prominent class-action lawyers. His crowning achievement is the  $1.9-billion settlement for survivors of aboriginal residential schools, from which his Regina-based national firm, Merchant Law Group, was slated to earn $25 million. He has also gone after cellphone companies for their system-access fees, drugmakers behind the withdrawn arthritis pill Vioxx, various automakers, the Canadian Standards Association, and universities over late-payment charges.

Records found include the following about the Merchant (2000) US Trust:

The former Saskatchewan MLA’s legal manoeuvrings have sometimes landed him in hot water, though. He’s been disciplined by the Law Society of Saskatchewan five times (the most recent case is under appeal), and in 2008 a B.C. court ordered him to pay a former client $273,000 for excessive billing.

But some of the 68-year-old’s biggest legal battles have been with the Canada Revenue Agency, over his income taxes.

Since the late 1970s, the litigator has repeatedly locked horns with the CRA, taking a dozen cases to tax court and a handful as high as the Federal Court of Appeal. Some of the disagreements centred on tens of thousands of dollars Merchant booked as business expenses, such as costs for his Jaguar or Regina social functions he attended. In one case, he failed to report $75,592 in income, which a judge ruled was “grossly negligent, if not deliberate.”

None of the court records from those cases mention Merchant’s offshore investments. Those have only come to light in the leaked documents, which show that he created an entity called the Merchant (2000) US Trust in 1998 and then put the $1.7 million into it.

Normally when someone sets up a trust, they give away control of the assets in it. But in Merchant’s case, the leaked records show that at the time, he was a beneficiary of his offshore trust, as well as its “protector” — a role giving him significant power, according to experts in trust law. (He ceased being a beneficiary in 2002.)

The files also show the people handling the trust’s investments were told Merchant “is to retain an active involvement on this account” and to “please revert directly to Mr. Merchant” for any “problems or queries.” As well, Merchant had trading authorization for the funds in Bermuda, according to the records.

“Canadian tax authorities could say, ‘In fact, it’s being controlled from Canada by Mr. Merchant, and not by the offshore trustee,’ ” Cockfield commented.

“Then it would be a domestic Canadian trust. You’d have to have full disclosure on all of the income, the nature of the trust. The beneficiaries would also have to disclose everything.”

Tax-court filings obtained by CBC News show that on his income tax return for 1999, the year after he established the trust, Merchant didn’t tick off the box declaring ownership of more than $100,000 in “foreign property.”

Under Senate rules, Pana Merchant was required to declare she was a beneficiary of the Merchant (2000) US Trust to the Senate’s ethics commissioner, but confidentially. There is no public access to the information.

CBC News attempted several times to also contact Pana Merchant. Like her husband, she did not reply.

In a 2006 interview with the CBC, Tony Merchant said: “Money has always motivated me. But it’s not really that it motivates me to spend it, in particular. But I guess it motivates me to have it. And I’m sure my children will spend it well.”

While Merchant’s wife was named as a beneficiary of an offshore account, Liberal Senator Percy Downe has been campaigning for years against such investment vehicles, calling many of them “a tax holiday.”

“More and more upper-income Canadians are hiding their money overseas, not contributing to the Canadian economy and not paying their fair share, and that simply means the rest of us have to pay more,” he said in an interview. “It’s grossly unfair.”

If you have more information on this story, or other investigative tips to pass on, please email investigations@cbc.ca. You can also send mail to: CBC Investigations Unit, 205 Wellington St. W., Toronto, Ontario, M5V 3G7

With files from Nicole Reinert and Curt Petrovich